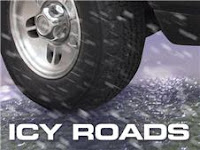 AMARILLO, TEXAS -- All of this snow comes with slippery roads which equals hazardous driving conditions, which is bad for you but good for the car repair business.

During this winter weather the past week Amarillo Police have responded to 161 car accidents. Over at Bernads Collision Center cars are lined up around the block in need of repair.

The owner says an average storm brings in two to three cars a day, so far today he's gotten 8.

Co-Owner Terence Bernard said "We have a lot of people that say you guys prey on bad weather to help your business and its true that some people misfortunes help the body shop business."

If you must get out on the roads tonight remember to drive with care, keep your head lights on, and allow plenty of room to stop between you and other cars.
Posted by Steve Douglass at 9:39 AM No comments: Links to this post 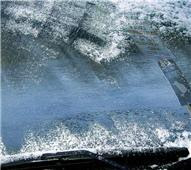 AMARILLO, TEXAS -- This winter weather comes with slippery roads and hazardous driving conditions, and that's bad for most of us, but good for the auto repair business.

Since the snowstorm last week, Potter County has seen 161 wrecks, but the people at Bernard's Collision say more cars drove in with damage from yesterday's storm than from last week's.

Bernard's Co-Owner Terence Bernard said, "This morning phones were ringing off the hook and we've had eight cars dropped off immediately which is a lot for one small storm." Bernard went on to say an average for a winter storm is two to three cars. He said people may have been more fearful of driving in last Thursday's storm because of all the media hype.

Some good advice: Even in light snow conditions drive with care, leave your headlights on and allow plenty of brake time in between your car and others on the road.
Posted by Steve Douglass at 9:36 AM No comments: Links to this post