Posted by Steve Douglass at 8:37 AM No comments:

Posted by Steve Douglass at 10:18 AM No comments:

Posted by Steve Douglass at 10:08 AM No comments:


If Toyota didn't have enough problems with frightened consumers, angry lawmakers, class action lawsuits, massive recalls and a potential $16 million fine, they could be answering some tough questions from insurance companies.

Both Allstate and State Farm have confirmed that their companies have begun a "subrogation" process with Toyota, though neither firm would provide much in the way of detail.

A subrogation is the shifting of a financial burden from one party to another. In this case, the auto insurance companies that have paid out millions of dollars over the years for accidents involving Toyotas would try to recover some of that money.

Industry sources say Allstate has notified Toyota that it has claims that it believes may be the result of a product defect. While some sources say the initial review of cases may only extend back a few months, the potential is there for a wider review.

In January Toyota recalled 2.3 million vehicles to repair a "sticky" accelerator pedal, which it described as the possible source of some sudden acceleration incidents. It has steadfastly insisted the electronics system is not at fault.

Both ConsumerAffairs.com and official sources like the National Highway Traffic Safety Administration have complaints about sudden acceleration in Toyotas that extend back to at least 2005.

USA Today quotes Mark Bunim, an attorney with Case Closure, a mediation firm, as saying subrogation actions could end up costing Toyota as much as $30 million, and the insurance companies wouldn't be the only ones getting paid. Consumers who paid deductibles involved in those claims could also get refunds.

According to USA Today, State Farm attempted to recover claims in 2007 for an accident involving a 2005 Toyota Camry. NHTSA said it had looked into the sudden acceleration complaint and closed its investigation. State Farm was not reimbursed, the newspaper said.

This is but the latest setback for the Japanese automaker, which holds around 17 percent of the US automotive market. Many of these problems have emerged since February, when Clarence Ditlow of the Center for Auto Safety told ConsumerAffairs.com that the carmaker could bounce back, but only on one condition.

"For the next year they have to bat 1,000," he said. "If they make a mistake they have to correct it almost overnight."

Toyota has attempted to get the healing process started with a number of financial incentives to bring customers back into the showrooms. While it's worked so far, a protracted battle with insurance companies - who could increase consume

Read more: LINK
Posted by Steve Douglass at 10:04 AM No comments: 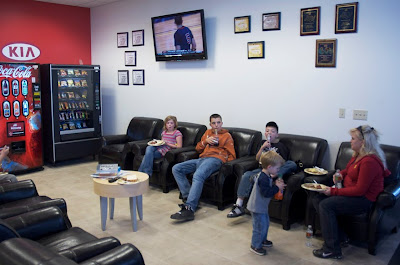 As a special thanks to all our loyal customers (and in conjunction with Pete's Car Smart KIA) we through a free Texas-sized barbeque! 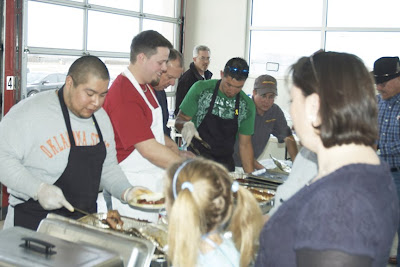 We fed hundreds of hungry and friendly folks brisket, sausage, bread and beans. The Bernard's Advanced Collision Barbeque Team was pleased to serve our many patrons and friends who have helped us become what we are today- Amarillo and the Texas Panhandle's most honest and professional body shop! 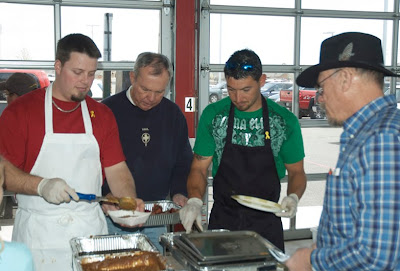 Hey- you didn't leave me any! 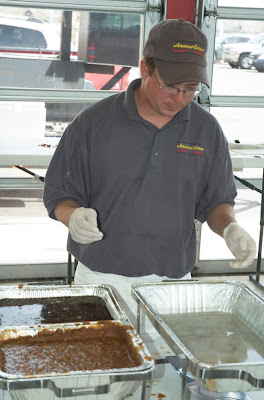 -Shane & Terrence
Posted by Steve Douglass at 2:30 PM No comments: