NEW YORK, April 25, 2011 /PRNewswire-USNewswire/ -- If you have been involved in an auto accident that just didn't feel right, it might not have been an accident at all. More and more criminals are devising elaborate staged vehicle accidents—complete with fake injuries—to collect on insurance policies, according to the Insurance Information Institute (I.I.I.). Not only can these staged accidents cost honest policyholders and auto insurers billions of dollars annually, but they create unsafe conditions on roads and highways—particularly when the scheme goes wrong.

"Staged auto accidents are a dangerous criminal activity that targets innocent drivers with increasingly bold schemes aimed at defrauding insurance companies," said Loretta Worters, vice president with the I.I.I. "Not only do honest policyholders ultimately end up paying more for auto insurance, but those committing the fraud can cause serious injuries or death."

Staged accidents aren't the only way to defraud consumers. Fraud may be committed by a number of different parties involved in an insurance transaction: applicants for insurance; policyholders; third-party claimants; and professionals who provide services and equipment to claimants. In addition to staged accidents, common fraud practices include "padding," or inflating actual claims; misrepresenting facts on an insurance application; and submitting claims for injuries or damage that never occurred, services never rendered or equipment never delivered.

Fraudulent automobile accidents occur more frequently in urban areas, where there is a greater number of vehicles, and in wealthier communities because drivers there are perceived to have better insurance coverage, the National Insurance Crime Bureau (NICB) noted. Criminals often target new, rental or commercial vehicles because they are typically well insured. Furthermore, criminals tend to prey on women driving alone and senior citizens since they are perceived to cause fewer problems and are less likely to be confrontational at accident scenes.

Such organized scams are especially common in states that have so-called "no-fault" auto insurance, a term used loosely to denote any auto insurance program that allows policyholders to recover financial losses from their own insurance company, regardless of fault. Twelve U.S. states have no-fault auto insurance laws, with Florida topping the list of no-fault states with questionable claims involving staged accidents.

The best defense against becoming involved in a staged accident and auto insurance fraud is to know what to look for. According to NICB, here are some of the more common staged accident scenarios:

Side Swipe: Typically occurs at busy intersections with dual left turn lanes. The criminal positions his vehicle in the outer lane. As soon as the victim's vehicle drifts into the outer turn lane, the criminal side-swipes it.

Panic stop: Here the criminal typically drives an older vehicle filled with passengers. The criminal positions his car in front of the victim's while a backseat passenger in the criminal's vehicle watches and waits for the innocent motorist to be distracted, for example, by a cellphone call. As soon as the victim is distracted, the driver slams on the brakes, causing the innocent motorist to rear-end the criminal's vehicle. The victim's insurance company must pay for vehicle damage as well as injuries that the passengers may claim to have suffered from the accident.
Drive down: In this scheme, the victim merges his vehicle into traffic after being motioned to do so by the criminal. As the innocent driver begins to merge, the criminal speeds up and causes a collision. When questioned, the criminal denies motioning the victim to merge into traffic or gives excuses

READ THE REST OF THE STORY HERE PRNEWSWIRE.COM
Posted by Steve Douglass at 10:42 AM No comments: Links to this post 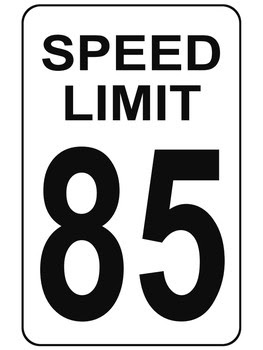 Everything is big in Texas and now even the speed limit will be the biggest in America. The Texas House of Representatives have recently approved a new transportation bill. Part of it allows the Texas Department of Transportation to set speed limits to 85 MPH on select interstates.

Texas already has over 520 miles of interstate where the highways have a speed limit of 80 mph. The states of Montana and Wyoming have enjoyed an 80 mph speed limit for more than a decade on hundreds of highway miles as well. One area that may receive the 85 mph speed limit in Texas is a long stretch of Interstate 10 where you have a flat long line of sight with wide lanes and good shoulders.

You have to wonder, is raising the speed limit to 85 mph in any area of the U.S. such a good idea? Insurance companies don’t seem to think so. Jerry Johns, a spokesman for the Southwestern Insurance Information Service believes that such an increase of the speed limit in just some areas will have a dramatic impact on the death and injury rate on those highways in which the 85 mph speed limit is implemented.

Although drivers already exceed 70 mph speed limits on highways, 85 mph could not only raise the stakes, literally, but raise fuel consumption during a time when gas prices are nearing record highs again. Despite highway deaths falling to the lowest level since 1949, an 85 mph speed limit could have detrimental effects on that statistic.

We should also think about the added skill and vehicle capabilities required to maintain a speed of 85 mph on some of America’s roads. It is bad enough that we have people who carelessly reach excessive speeds on U.S. interstates and highways. The DOT would need to conduct a thorough safety analysis of roadways before they can post an 85 mph speed limit.

Do you think it is such a good idea to implement an 85 mph speed limit? If so, where should it be posted? If you object, tell us why in the comments area below.
Posted by Steve Douglass at 12:00 PM No comments: Links to this post 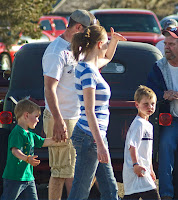 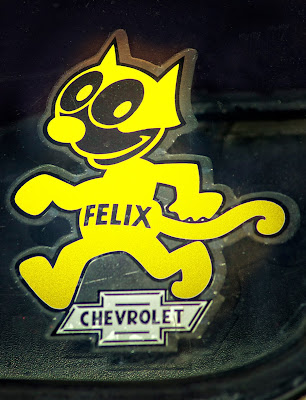 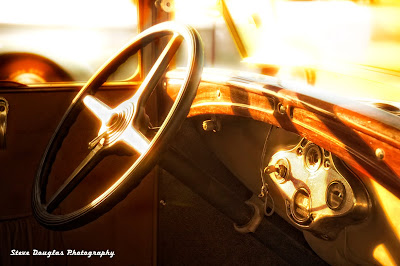 Posted by Steve Douglass at 9:38 AM No comments: Links to this post