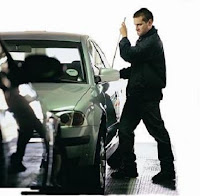 It's something almost everyone relies on.

It's their vehicle. And to have it stolen could obviously be very inconvenient. The National Insurance Crime Bureau (NICB) has released its new report on the most stolen cars in America.

The 1995 Honda Civic is the most stolen car in America. It had held that position since 2007.

Since 2007, car thefts have remained consistent but dropped by almost nine percent in 2007.

"The continuing national decrease in vehicle theft is a positive sign that the fight against vehicle theft by law enforcement, the insurance industry and the NICB continues to be effective," said Robert M. Bryant, NICB's president and chief executive officer.

As for theft prevention, the NICB says everyone should use simple, low-cost suggestions to make vehicles less attractive to thieves. It recommends: common sense, a warning device, an immobilizing device and a tracking device.

The report was based off information from the National Crime Information Center.