You wrecked your car, but do you trust the repair shop? 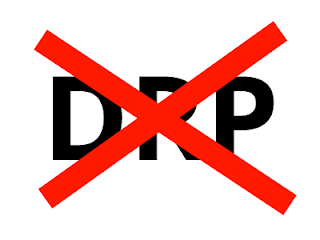 For two years Saohouy Ieng drove a truck that experts say was unsafe after it was repaired incorrectly by an insurance preferred body shop.

“Their preferred shops cut corners on repairing the car and they are trying to save money for the company itself, but not for the consumer”, said Saohouy.

Pictures of the frame of Saohouy's Toyota Tacoma after it was repaired the first time show it is rusted and bent, the welding still incomplete.

“My kids, my wife when I drove that car for that two years. (I’m) just very, very upset,” he said.

Jeff Butler owns Haury's Lake City Collision. He says Saohouy’s truck was left in a dangerous condition. He made the final repairs on Sahouy's truck and blames the shoddy job on the cost pressures delivered by insurance companies to its preferred shops.

“They are tying the hands of the body shop. That's how they are getting their work. It's that insurance referral but it puts the insurance company as the customer and not the person with the keys. It's a conflict,” said Butler.

Over the next few weeks Butler showed many questionable repairs, from improperly soldered frames to one that was severely damaged then covered up with paint to look new.

Cosmetically the parts look good, but the results could cause casualties.

“So while this car may not fall apart as you drive down the road tomorrow, this is not an approved procedure and it could kill the occupant if he is in a future collision,” said Butler.

Another expert I spoke with was Mike Harber, a former body shop owner who spent years as a preferred facility.

“I think the insurance companies have gone way too far in managing claims and adjusting claims downward and they have a strangle hold on the collision industry, affecting ultimately the consumer,” said Harber.

His advice: “It's not in your best interest to be at one of those shops because it calls for cut rate labor, it calls for the use of imitation and used parts.”

Karl Newman of the Northwest Insurance Council disagrees with this premise.

“There's no motivation for a company to put an unsafe vehicle back on the road,” said Newman. “They're still insuring the car so they want it done right.”

Karl adds that if the job’s not done right by the body shop, the vast majority of insurers guarantee the repairs.

LINK TO VIDEO AND THE REST OF THE STORY

Posted by Steve Douglass at 3:55 PM No comments: Links to this post